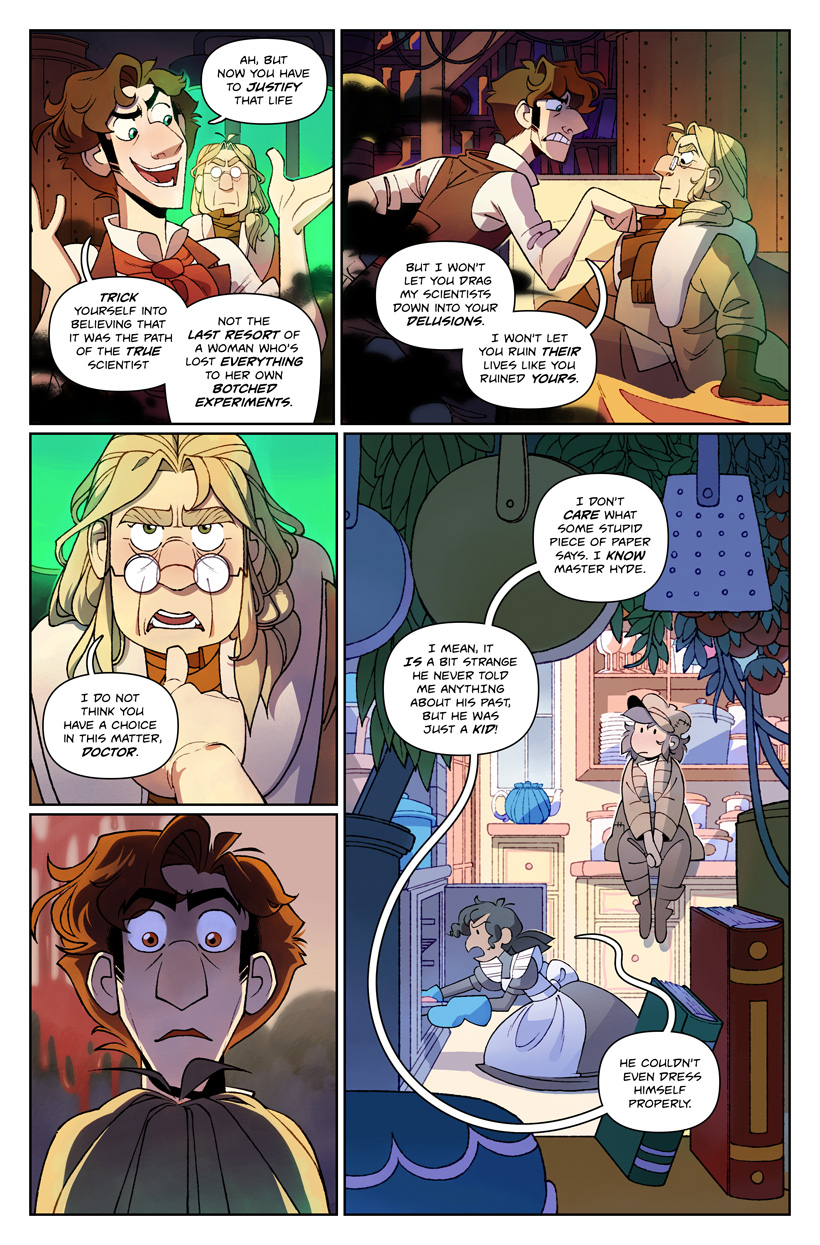 Jekyll(?)’s dialogue here was tough to write in the same way that Frankenstein’s rant at the top of chapter 6 was tough to write. Both are scenes of Character A reading Character B to filth, which requires a level of cleverness I do not naturally possess. I start with a massive wall of text, imagining every single nasty thing that Character A could say, and then sift through the result for the emotional core of Character B’s flaws and insecurities. I see how far in can run with this core idea and then try to pare down as much as possible. In cooking terms, it’s like…. a reduction of meanness?

On a more . . . story philosophy (?) note, it was important to me that Frankenstein cut Jekyll down at the last second. When dealing with characters like Frankenstein, who might remind you of some very unpleasant people in your own life, I understand the impulse to imagine the juiciest take down imaginable. There’s a whole genre of Youtube videos dedicated to this kind of emotional catharsis. “Dr. Jekyll DESTROYS Dr. Frankenstein!” But personally, I can’t remember ever “destroying” anyone with a really brilliant argument, ever. Maybe that’s just because I’m not very good at arguing, which I’m not, but most emotional arguments I remember have ended on a vaguely unfulfilling note. And so it is here.