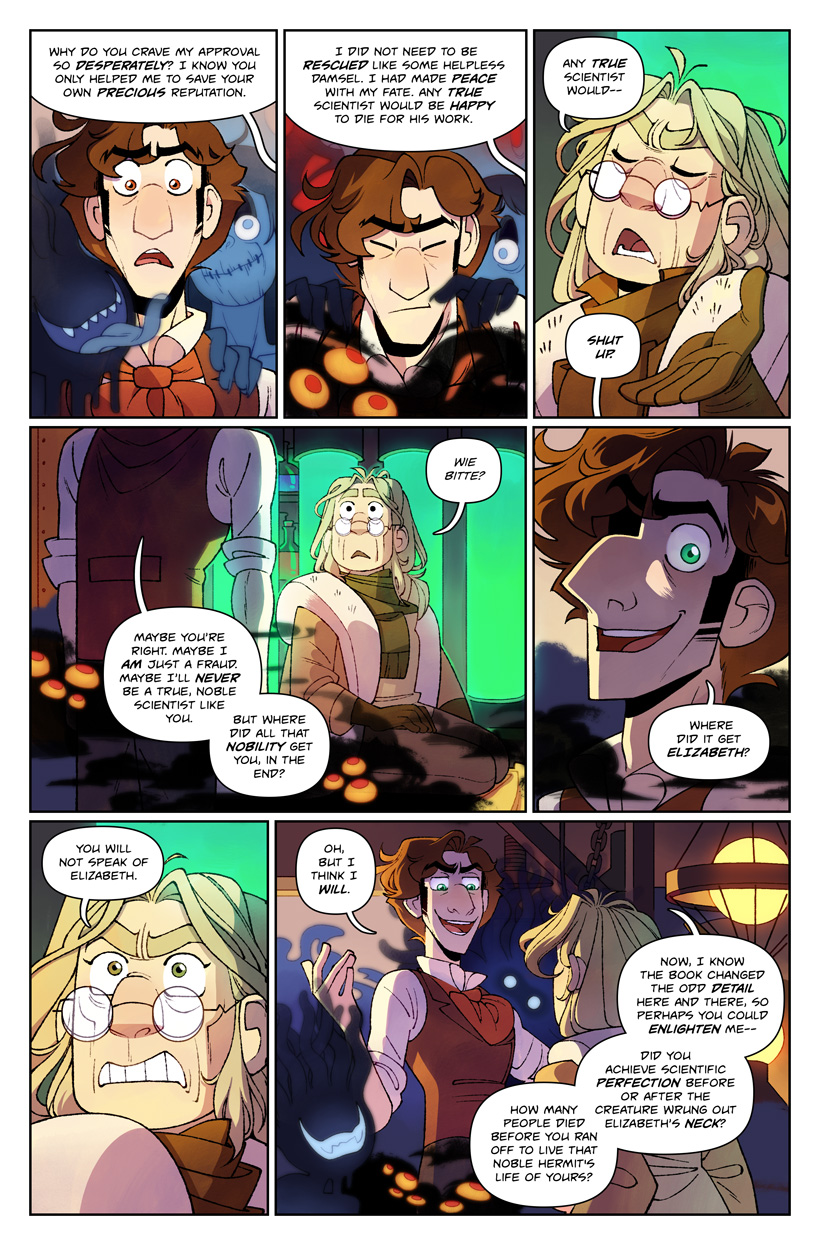 Real life updates, then commentary: I have officially left my directing position on the Owl House to develop a secret project for Disney TV! This is an exciting and extremely weird time for me so, I dunno. Wish me good luck? I’ll need it! (For anyone wondering, this project is the reason I’ve had to delay the Glass Scientists Kickstarter.)

I’m also on vacation in Vancouver and Victoria this week. As a result, I will not be able to ship out new orders from the online store. Sorry for the inconvenience! It is really strange to start a big new project at work and then immediately go on vacation, but I’d booked the tickets already, so I guess this is happening!

Green-eyed Jekyll is delightful to draw! This is an idea I’ve wanted to bring into the comic since I developed it years ago, but I don’t think I’ve drawn him like this since I was doing development sketches back in 2014-ish? It’s really fun to get into the headspace of a greeneyed!Jekyll or a fake!Lanyon. No, not every character in this comic has an edgy sasslord alter ego (except for Hyde, who is that 24/7) but it’s fun to think about.