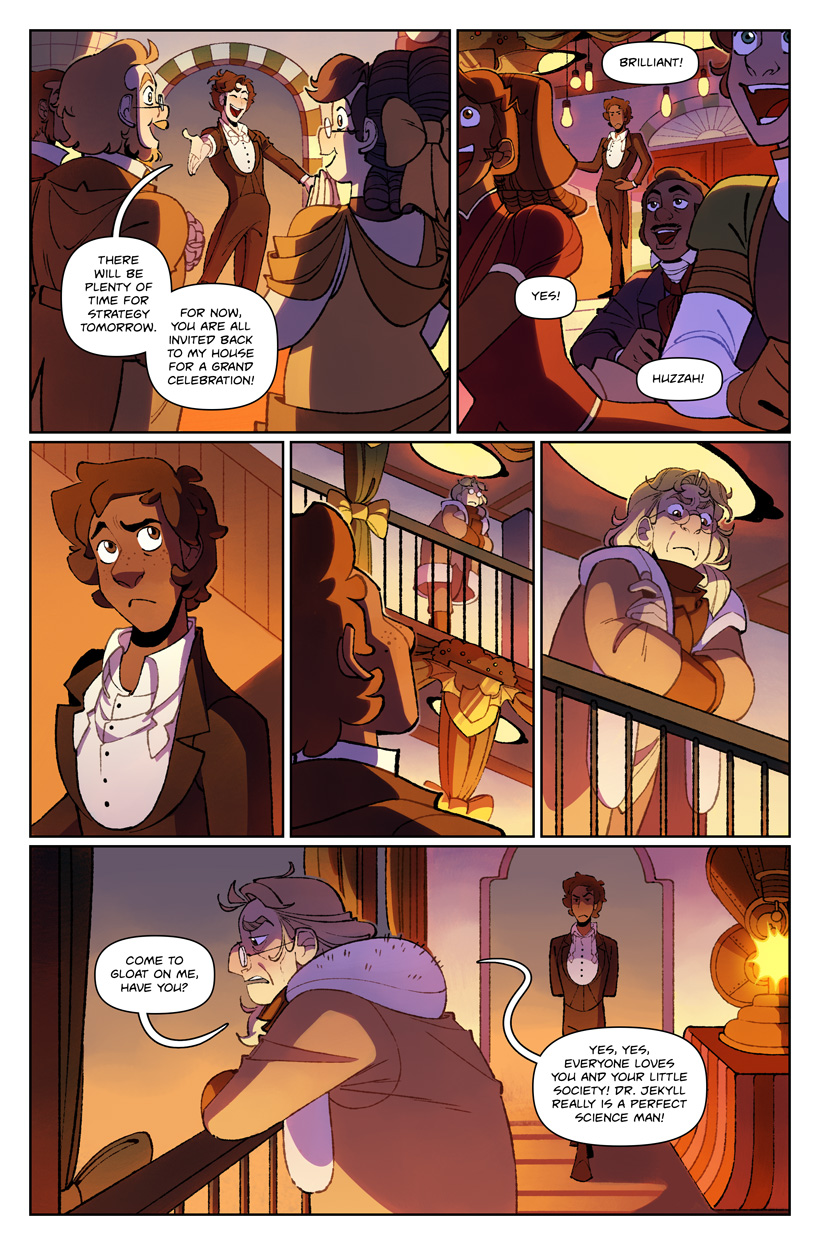 Thing one: "Come to gloat on me, have you?" I'm always interested in the ways that non-native speakers use prepositions. It makes me aware of how the grammatically-correct usage, which seems so natural to my ear, isn't so obvious in practice.

Thing two: As I've said before, I'll be tweaking Jekyll's reaction to hearing about the Exhibition's (presumed) failure at the top of this chapter. When I announced this adjustment a few pages back, one commenter mentioned that it felt strange that Jekyll didn't expressed regret over the Lodgers' fates, instead focusing on his own emotional reaction. I've been thinking about that comment ever since. A few months ago, I'd heard a story about a director who had been asked to step down after a particularly bad test screening with the studio execs. In his 'goodbye' meeting, he didn't thank the crew or express regret for the many poor decisions he had made. Instead, he only expressed relief that he would finally get some down time, even though his mismanagement would likely lead to the rest of the crew losing their jobs (films that lose their directors are often delayed or cancelled outright--either way, it creates a very precarious position for the crew).

Now, I heard all this second-hand. It's entirely possible that none of this ever happened. But the story left a deep impression on me, and I don't want Jekyll to come off as self-centered or clueless about the way his actions impact others. Since he'd spent so much of the previous chapters freaking out over the Lodgers, I took it for granted that he cared about them, but it wouldn't hurt to state it more clearly here.