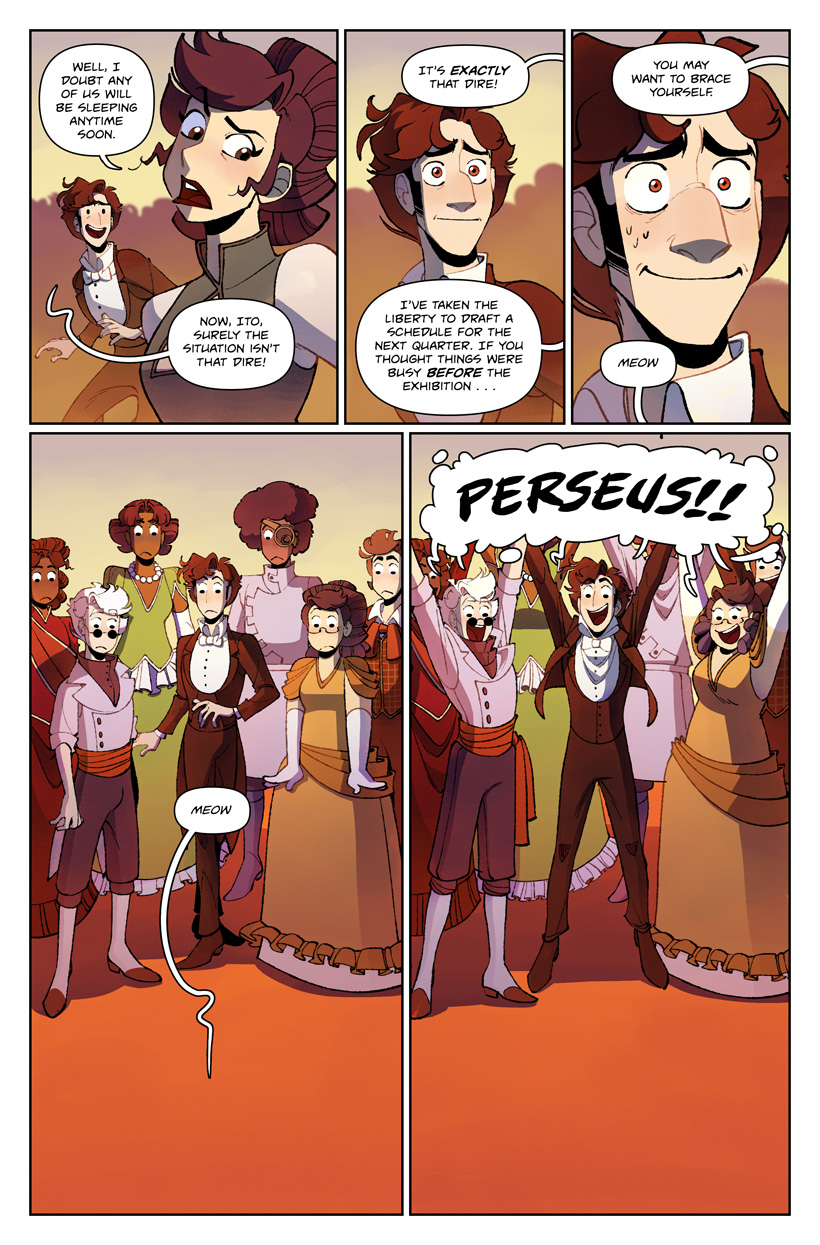 QUICK REMINDER: The comic WILL be updating next week as usual! Please check in for your regularly scheduled page on December 26th!

I'm currently thumbnailing Chapter 15, which is the most harrowing part of the art process for me. It's like if storyboarding were also a jigsaw puzzle! This chapter is particularly tricky because it is the part where--without giving too much away--all the big feelings happen, which I was so excited to write, but in visual terms, it's a lot of characters standing around talking to each other. And because of those big feelings, there's a lot of thoughtful pauses and what you might call face journeys, which are my bread and butter in boarding but which feel much more awkward in comics. Animation is designed around characters moving around within a shot, but to achieve the same thing in comics, you need several panels in a row with the same composition and blocking, which can feel stale.

Well, I don't know how to fix it now, but it's also almost midnight and I haven't eaten dinner yet! Whoops!