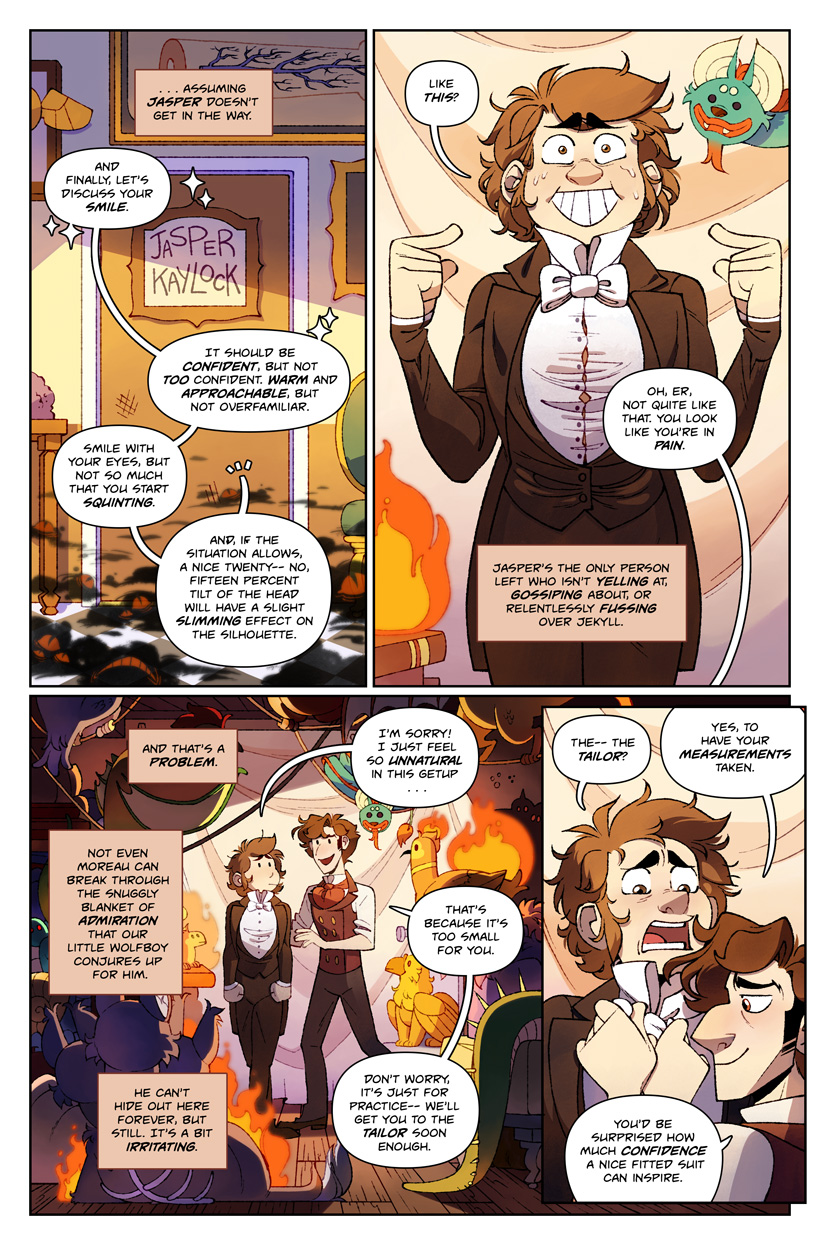 Jekyll’s smile-related monologue in panel 1 echoes a similar pep talk given by Lanyon in Bleeding Heart (also referenced at the beginning of chapter 5), with some noticeable differences. Lanyon’s advice was short and quippy–he was raised amongst the aristocracy and blending in with the upper classes comes easily to him. Jekyll’s advice is long and technical–he was raised middle class, and his gentlemanly facade is the result of years of careful study and practice. Lanyon’s “just do it!” advice was just about as confusing for Jekyll as Jekyll’s “here’s a 500 page manual on how to move your facial muscles” advice is for Jasper.

Thing one: The vein-y diagram above the door in panel 1 is a tribute to a piece in the Hunterian Museum of London–a human nervous system meticulously dissected and “pressed like a flower” onto a wooden slab. I . . . really like it.

Thing two: The wee dragon poking into the top of panel 2 is quickly becoming my favorite of Jasper’s creatures. It is Long.

Thing three: Jasper’s discomfort and too-small-in-all-the-wrong-places outfit are inspired by every attempt I’ve ever made to buy pants.