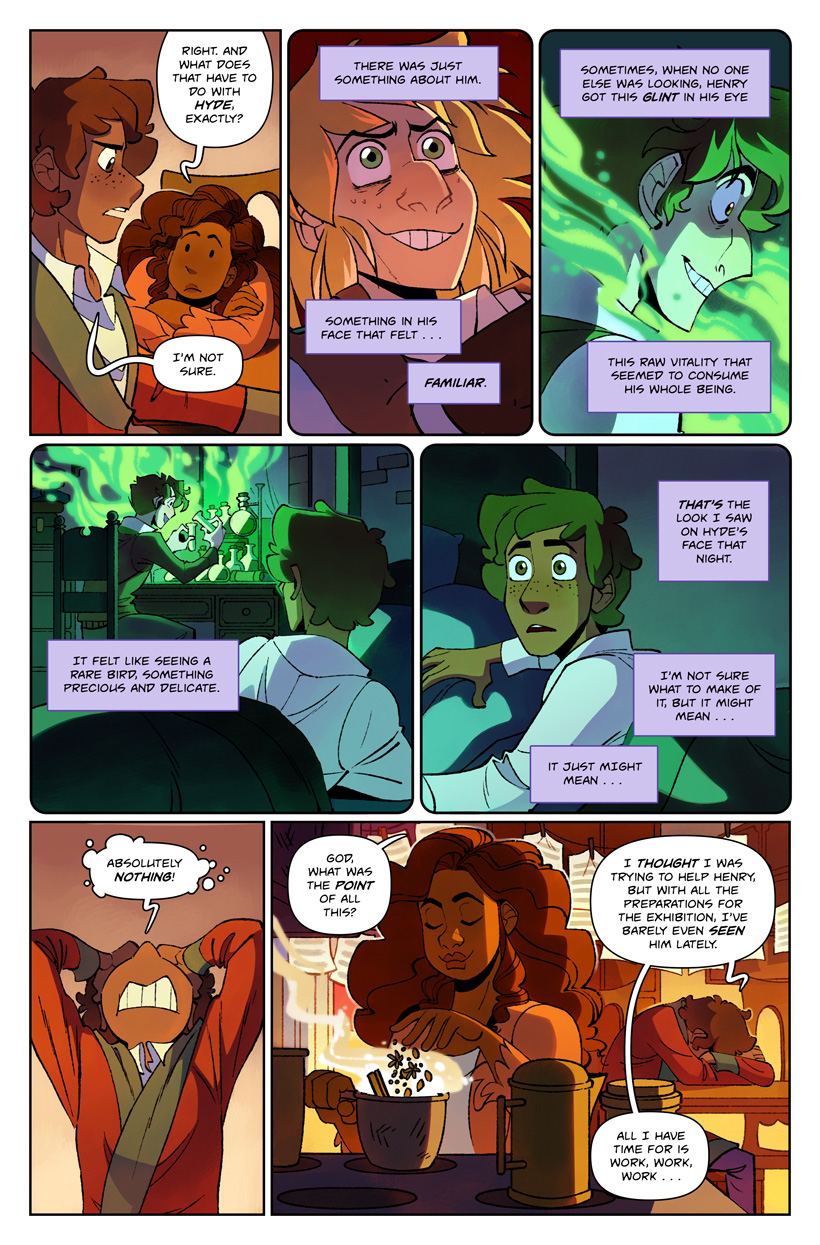 You know, I’m not sure about panel 3—for clarity, the green glint in Jekyll’s eye is a reflection of the green glow from his chemistry set. This is not a sign that Hyde is in control, at least not in the distinct, “green-eyed Jekyll” sense we’ve seen before. This is long before he created the transformation potion, before he separated the parts of him that were Hyde into a discreet personality. He may have slipped into a Hyde-like state of mind, but technically . . . that green glint is just a trick of the light.

Or maybe that’s confusing!! Is it confusing?? I might just remove it….

Everly is making chai at the bottom of this page. I associate this kind of chai with a dreamlike memory from one of my first freelance animation gigs. It was an extremely small project, essentially one guy and a bunch of freelancers meeting in his combination studio flat/workspace somewhere north of downtown LA. For some reason I often ended up turning in work late at night, and one night my boss—who was Indian, though I don’t remember from which specific region—made me chai like this on his stovetop. I had never seen tea made like this before and was fascinated, one of those “wow, the world is full of so many things I haven’t yet experienced” feelings. It my memory, it tasted rich and spicy and was just about the best tea I had ever had.