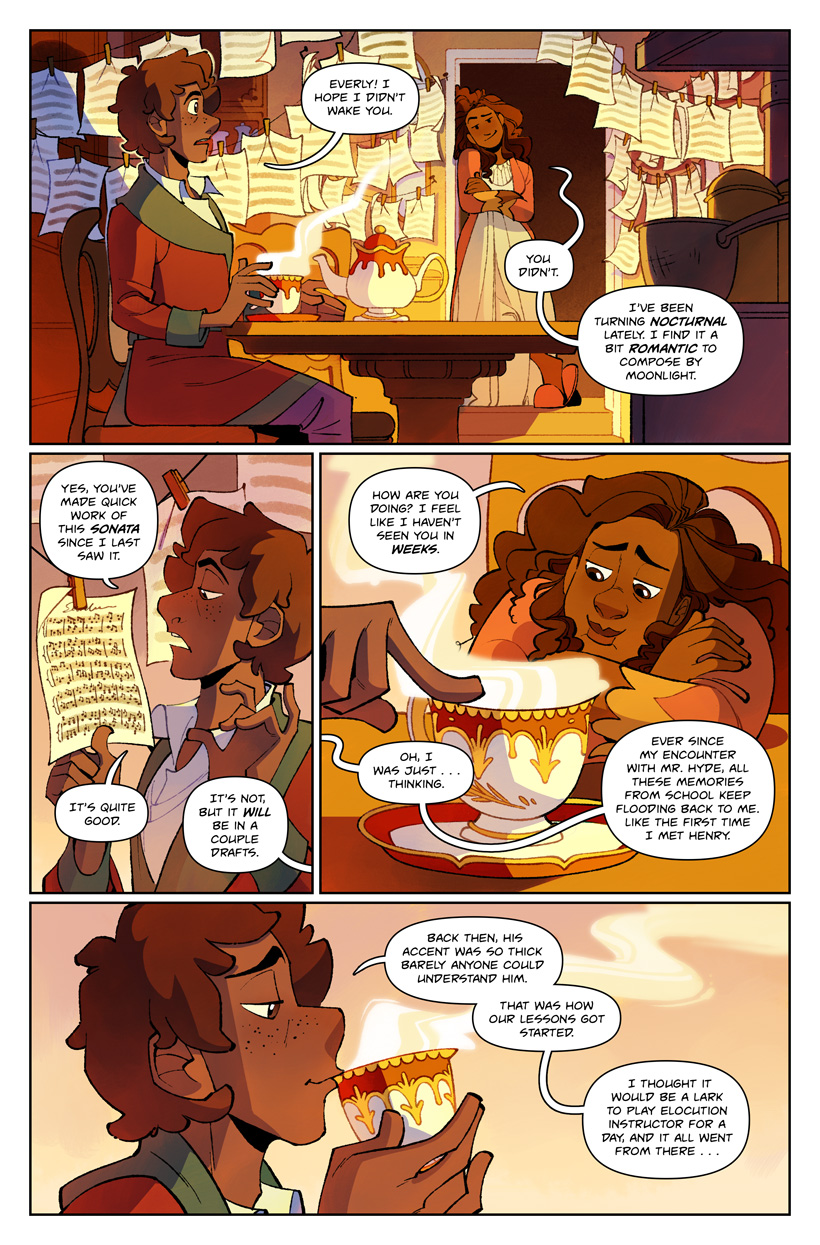 On the off-chance that anyone here actually has Apple+: is anyone else watching Severance? I’m obsessed. It’s weird as fuck, has a fresh take on the theme of human duality, and features a surprisingly sweet (canonical) gay romance involving Christopher Walken. Also the opening sequence looks like this.

I may have mentioned this before, but I’ve been doing this comic full time for the last three months while I wait for a couple contracts to come through. Doing comics full-time is hard!! At least, doing this comic full-time is hard. If I had designed this comic to be a full-time gig from the start, I would have designed a simpler drawing style, I think. (In defense of me-from-the-past, I tried to make the style simpler when I first started the comic–there’s been a gradual creep in stylistic complexity as the comic has progressed.)