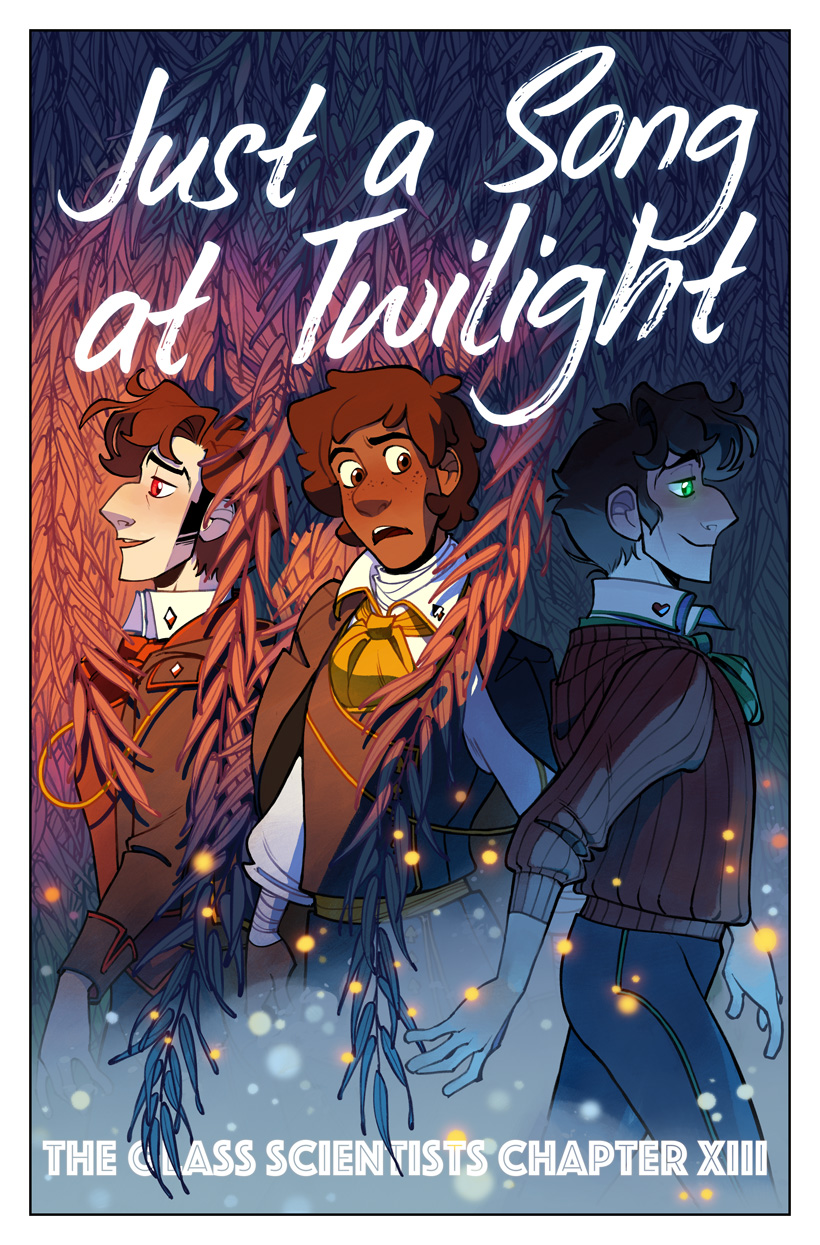 Welcome to Chapter 13! This installment deals with the versions of ourselves we show to the people closest to us. It’s something I’ve been thinking about a lot lately—is it actually possible to share every part of yourself with another person? Is it something we should even want? Is it better to curate a version of yourself for others and risk coming off as fake or to share everything indiscriminately and risk hurting others? It's, y'know, it's a real headscratcher.

Almost every cover I do ends up being way more work than I originally bargained for. Here, I thought, “Three characters on a simple patterned background. It’s so easy, I almost feel bad about it!” And then uhhhhh leaves! So many leaves. There’s a certain amount of Photoshop magic here, but to avoid the feeling of stiffness and repetition, I still had to draw just a ton of these guys.