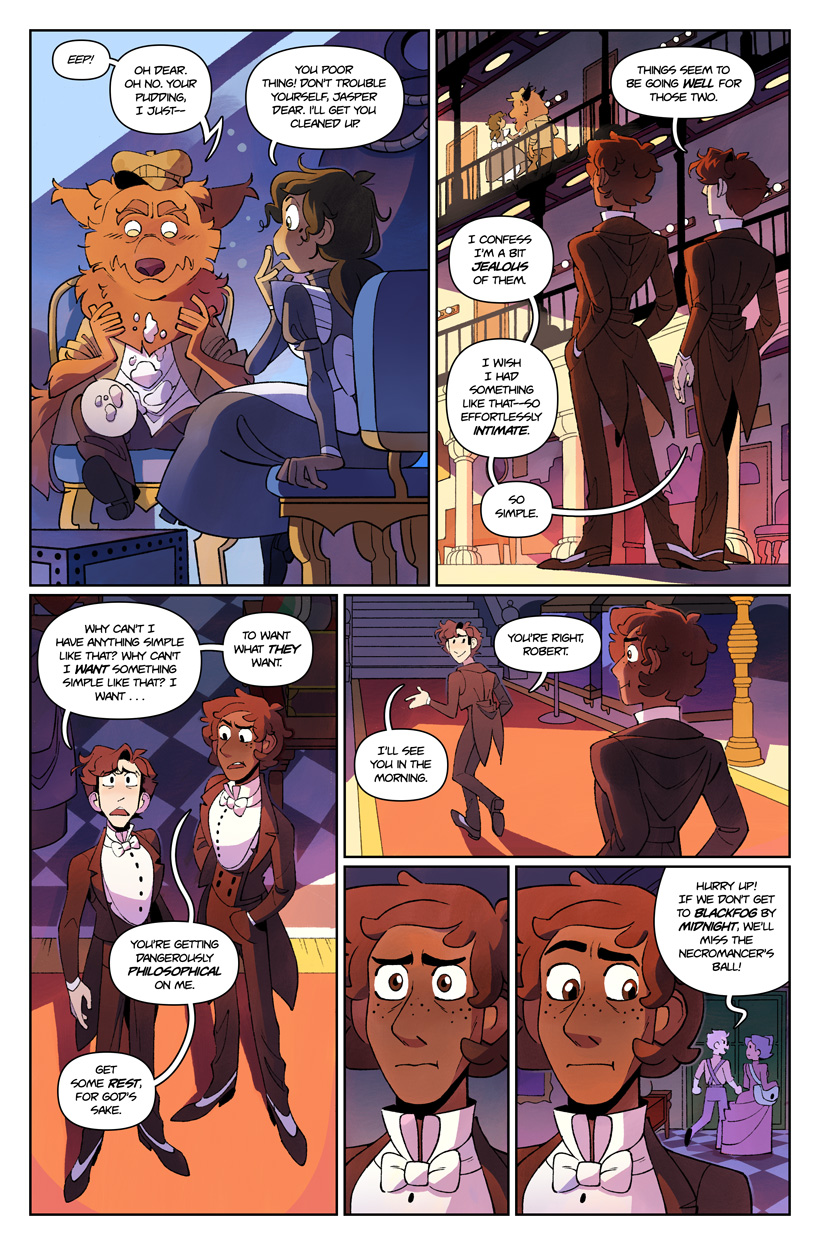 EDIT: SECOND IMPORTANT HOLIDAY MESSAGE!! Due to travel, the online store will close starting Monday the 23rd until Monday the 30th!

IMPORTANT HOLIDAY MESSAGE!!! Spoiler alert: we’re almost at the end of Chapter 8. Since the end of this chapter falls so close to the holidays, I will NOT be taking a break for the week of Christmas this year. I will be taking a two week break between Chapter 8 and 9 as usual, but please check back on DECEMBER 23rd, because there WILL be a new page that day!

Jekyll is engaging in an occasional bad habit of mine--looking at the public lives of other people in relationships and assuming that their relationship must be measurably better than yours in some way. He tends to know very little about the relationships he envies--it makes it easier for him to romanticize them. In modern terms, he would spend a lot of time alone, scrolling through Facebook and making himself depressed.