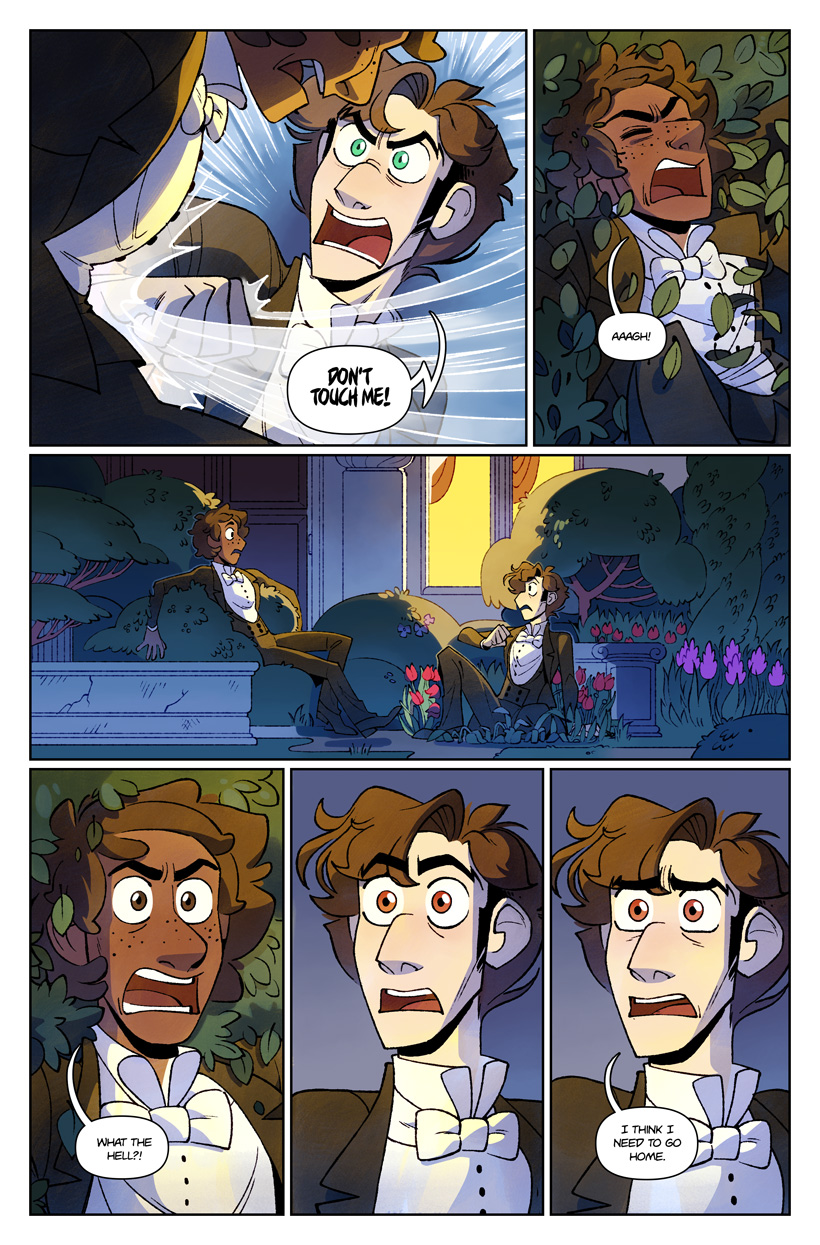 Website update! A while ago someone told me that the RSS feed for The Glass Scientists was broken. I believe the URL for the RSS got messed up when we transitioned to the new layout. The new link to the RSS feed is on the sidebar next to the comic page, but for extra clarity, the URL is below! Full disclosure: I have never used RSS, nor do I know how to make it work. If you use RSS, please let me know if it's working:

No surprises here--it's green-eyed!Jekyll! He's here for a much briefer moment, more of a gut emotional reaction than the venomously crafted takedown from earlier in this chapter, but Hyde's grasp on this whole emotional manipulation thing is more of an art than a science. And Hyde's feelings toward Lanyon are a lot more tangled than those toward Frankenstein. At the start of Chapter 5, we saw that Hyde has a hard time articulating why he hates Lanyon. Or if hatred is even the right word for the emotion. Not that Hyde is one to closely examine his own feelings in the first place.

It took me a while to suss out how Lanyon would feel about being shoved backwards by Jekyll, and the eventual feeling I settled on was "????????????" He's more flabbergasted than hurt. This is probably the most violent thing Jekyll has ever done by a huge magnitude, and it just doesn't make sense that Jekyll would do something like this.