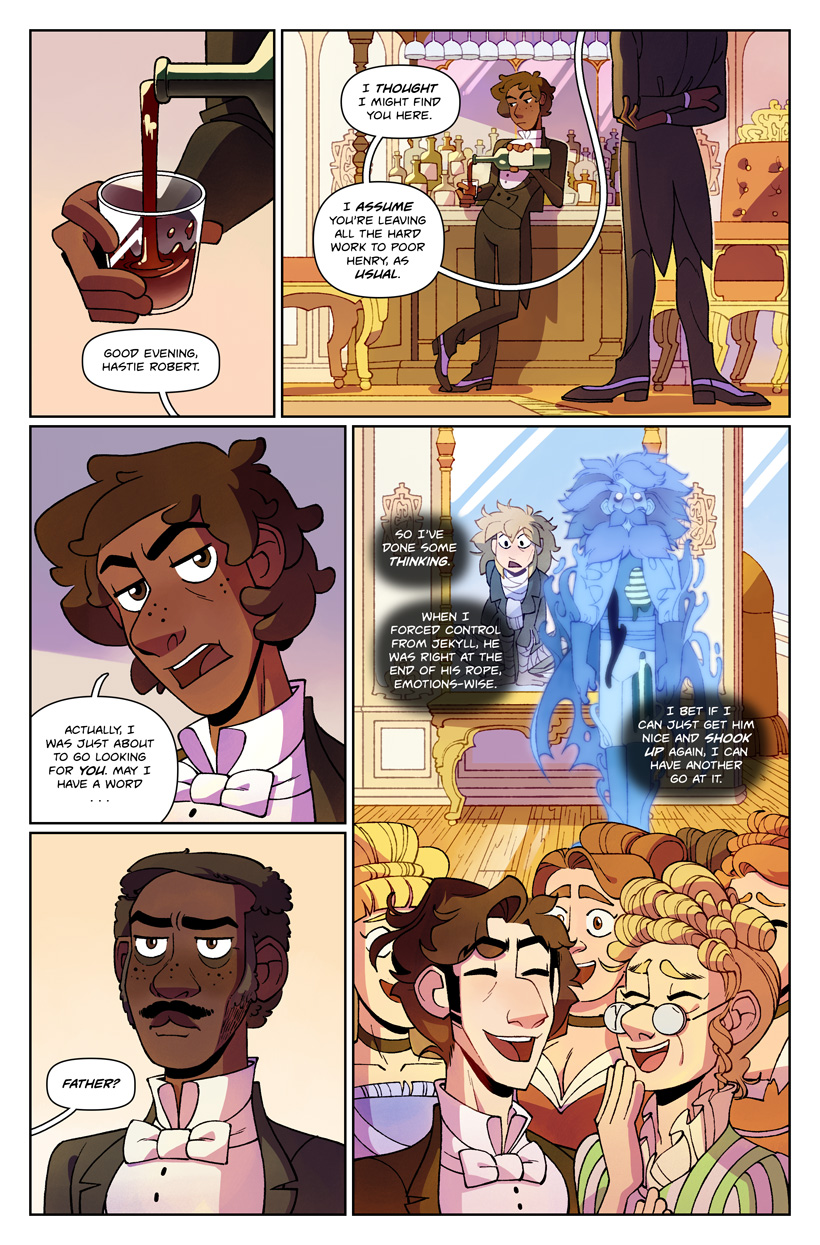 It went by quickly, but a few pages earlier we established that this fundraiser is being held at Lanyon Hall, a last favor by Lanyon's father before severing all financial ties with the Society for Arcane Sciences. So it would have looked particularly weird of Jekyll and Lanyon had blown off a benefit held in their honor at Lanyon's own house (well, his father's house, anyway).

Bringing back a blog post from well over a year ago: I've decided that Lanyon should keep his original first name, Hastie, from Strange Case (the name Robert is an artifact--a callback to another character from an old story). He much prefers to go by Robert because Hastie is also his father's name.