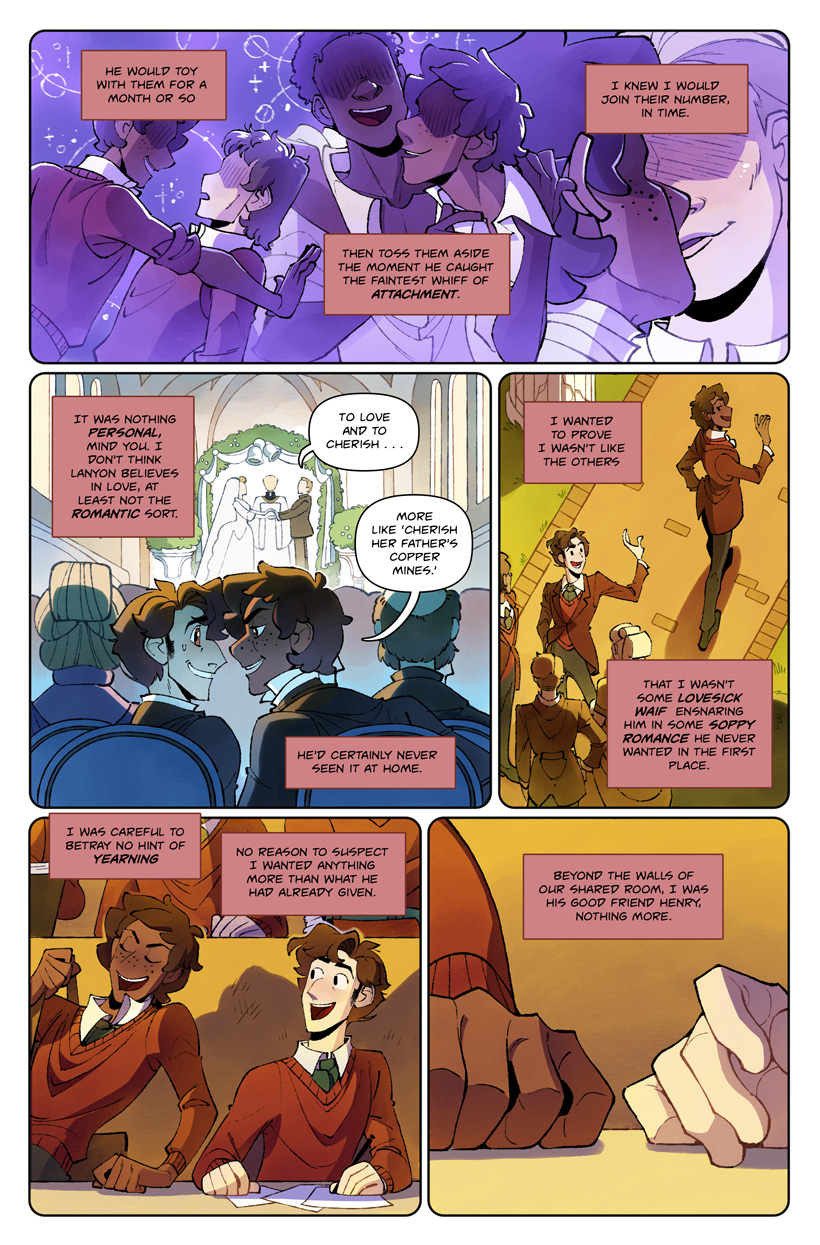 Jekyll is in that place where he knows the guy he has a crush on isn't really into commitment, so Jekyll convinces himself that he isn't really into commitment, too. But he's not. Or is he? He isn't really sure. Admitting that he actually wants Lanyon to commit to him would require admitting to himself, in no uncertain terms, that he is actually definitely 100% attracted to boys, which . . . yikes, no thank you. He would happily live the rest of his life with this pervading sense of unease so long as he can continue to pretend that the whole sex thing was Lanyon's idea, and he just happened to be in the room when it happened.