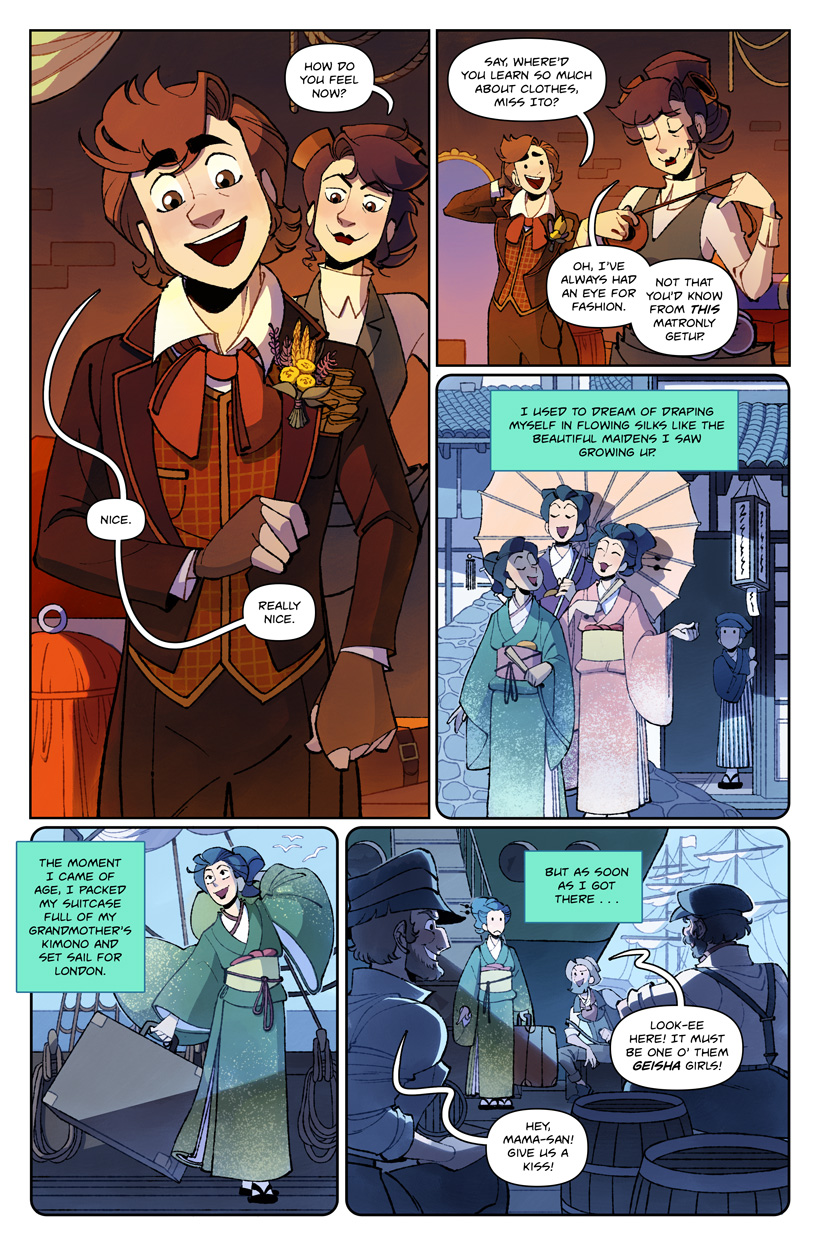 I may have written this exact blog post before, but I'm not 100% on Japanese LGBTQ+ history, and I've had a wickedly difficult time researching the subject. I'm half-Japanese myself, but that side of the family is extremely straight, and even if they weren't, there's an awful lot of space between Oakland, CA in 2022 and late-19th century Japan. So it's back to Google for me.

The whole thing is a bit crazy-making. I keep seeing vague sentiments saying, "Oh, Japan had a much more open-minded approach to LGBTQ+ culture, they weren't restricted in the same way Western cultures were" but when I look for concrete examples, all I get are a couple anecdotal references to queer emperors and a whole lot about nanshoku/washoku which um. Is basically pedophilia? And it's weird to me that we're even bringing this up as a positive example of LGBTQ+ culture??

All this to say: I'm not certain if Ito's backstory is historically sound, but I hope it's aiming in the right direction. I don't think it's too unreasonable to assume that a well-to-do family in 19th century Japan wouldn't be super accepting of their oldest child coming out as trans.