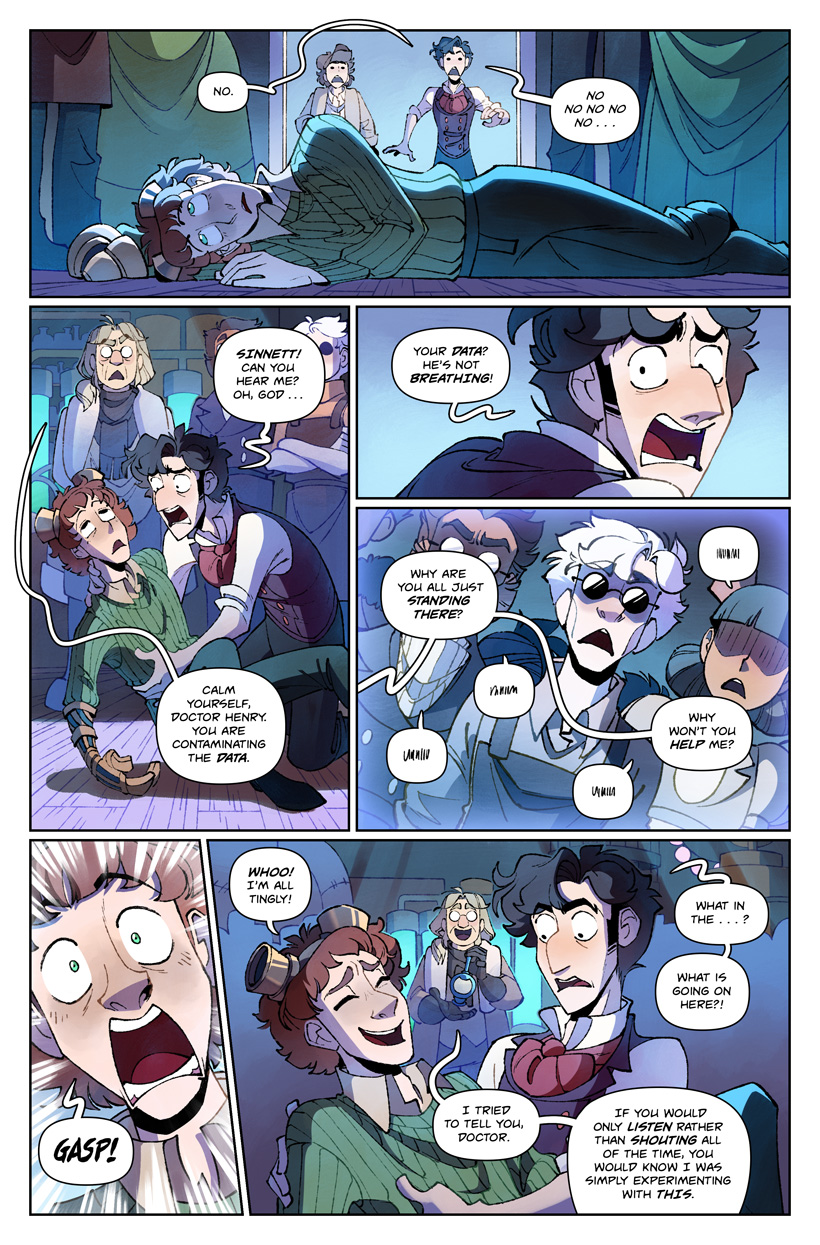 This chapter is just a long series of, "Oh gees, did I thread the needle on this scene properly? Did I go too far with Frankenstein? Did I not go far enough? Is Jekyll's reaction landing the way I want it to?" The Frankenstein/Jekyll relationship is one of the trickiest things for me to write because it directly attacks a lot of personal biases that I have. There's a lot of things about Frankenstein that I would find stressful and threatening in real life, so I have a strong natural impulse to knock her down a peg--the lizard guts thing being the most obvious example. But I want to be careful not to push her to the point of being ridiculous or irredeemable. At the end of the day, she has a point, and I don't want to suggest that her beliefs invalid just because she's not defending them in the most elegant way possible.

With that said, "inducing near death experiences FOR SCIENCE" is a low point for her, even if she does have enthusiastic consent from her test subjects.