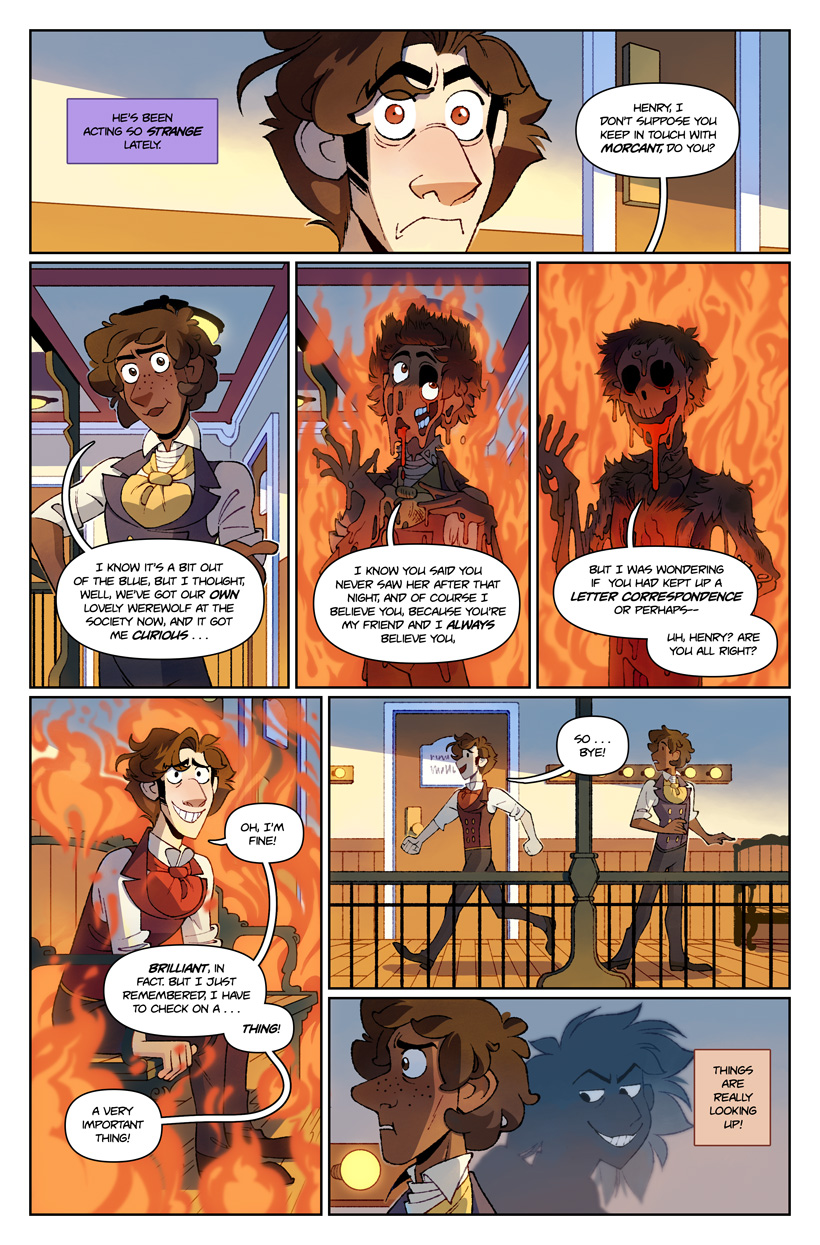 In my typical style of Doing More Than is Really Necessary to Make the Page This Week, I did full under-drawings of non-melty Lanyon: 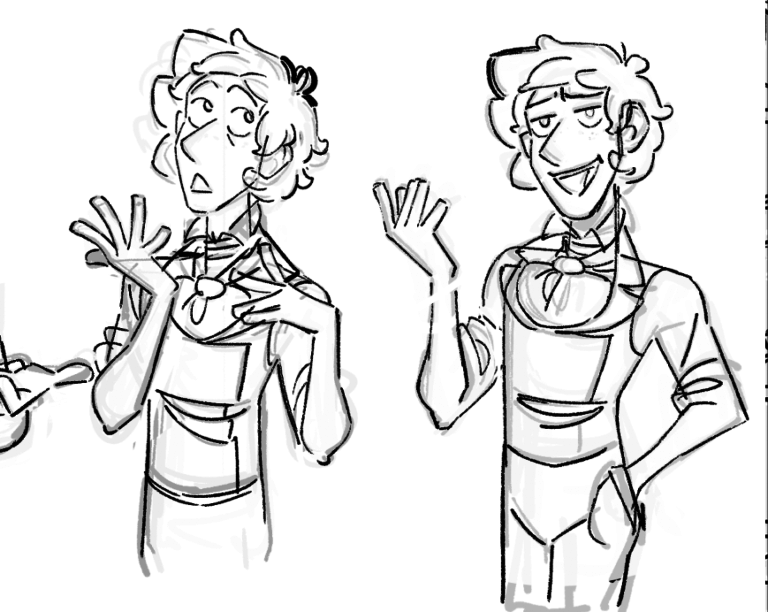 And hopefully this is clear from the page alone, but Lanyon is not actually on fire. Jekyll is just having a really bad day.

I’m working on writing the next chapter–which is very late, mostly due to the other project I’m working on–and at this point, the story is deviating so much from the original outlines I wrote five/six years ago that I can barely turn to them for reference at all. That’s not really a bad thing–by and large, I think this version of the story functions a lot better than the old version–but it’s weird to deviate so much from something that was supposed to be the solid foundation of this entire four year long project. (Also, it’s been four years. Aaaagh.)