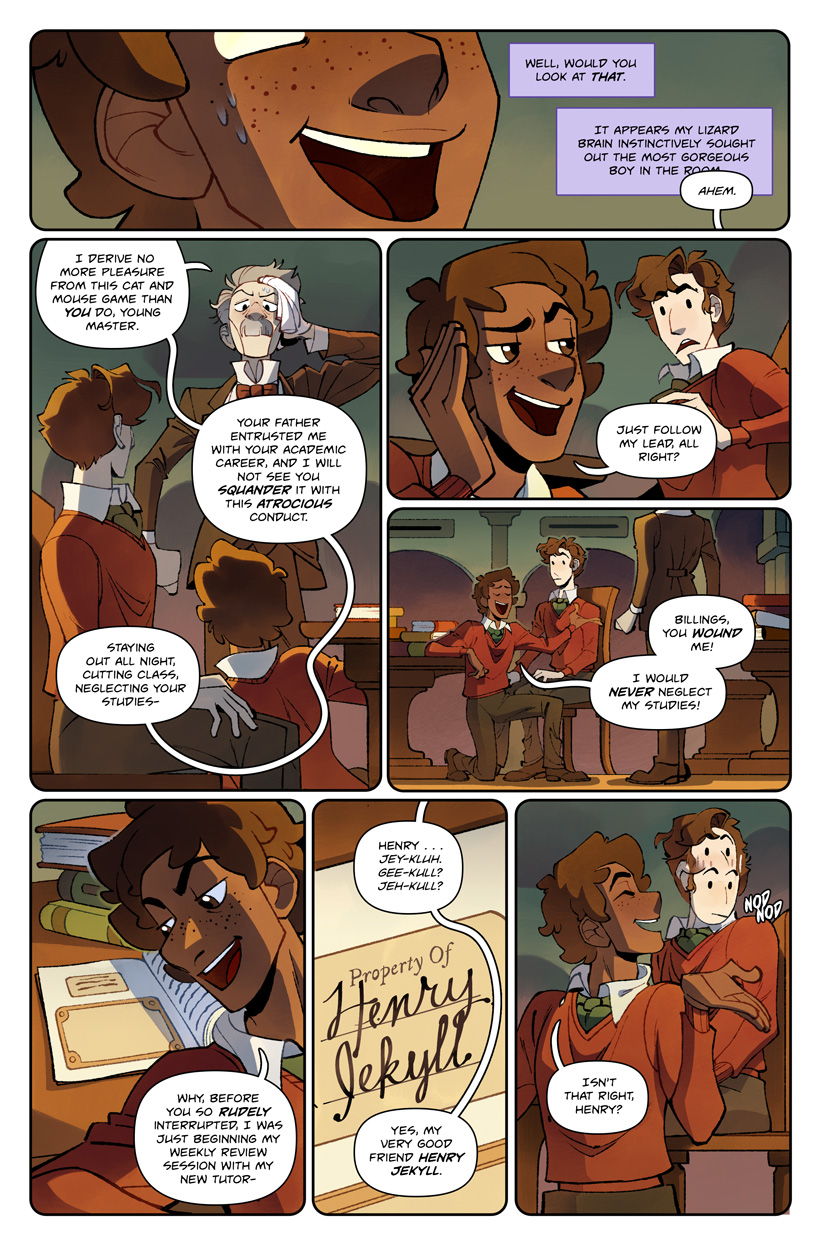 Jekyll and Hyde nerd moment: The name "Jekyll" is supposed to be pronounced "Gee-kull"--and you can even hear it in some early adaptations!--but it gradually devolved via pop culture into the "Jeh-kull" we recognize today. I was really psyched to have this moment in the comic right up until I remembered that comics are a purely visual medium and the reference wouldn't work particularly well in print.

And just to get ahead of this: Yeah, it looks like Lanyon and Jekyll were just engaged in a particular, um, indiscretion. That was an accident! I have a long history of accidentally drawing sexual innuendos and not realizing until months later. I could not, for the life of me, figure out how to draw one of Star's portals (from Star vs. the Forces of Evil) without making them look like giant ethereal vaginas. It's a problem.